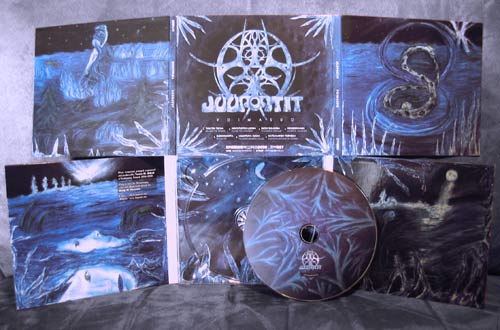 Posted at 23:42h in News by Jääportit

On the Tuesday, 12th of May 2009, three new interesting full-length CD albums will be released by Czech label EPIDEMIE RECORDS.

THY CATAFALQUE – Róka hasa rádió
Hungarian THY CATAFALQUE was born in 1998 as epic black metal band. Since that time it has progressed to its actual, very original music that can be described as avant-garde post black metal / ambient / folk. Tamás Kátai and János Juhász, the forming couple of THY CATAFALQUE, invited nine other musicians (viola, cello, clarinet etc.) as guests and they recorded very unusual 70 minutes album called Róka hasa rádió. The whole album is in Hungarian, male vocal is completed with beautiful ethereal female voice of guest singer Ágnes Tóth (The Moon and the Nightspirit). Róka hasa rádió is coming out in nice eight panels digipack in limited edition of 600 pieces.

CLOSING THE ETERNITY – Noughtwards
After very successful album Nearby Being (2006, in cooperation with Ad Lux Tenebrae project), a new album of mysterious project from Russian Ural is being released. 74 minutes long composition called Noughtwards is full of dark harmonic drones and subtle pulsations, and is meant to multiply your inner self by zero and to take you off… noughtwards. The album is coming out in nice six panels digipack in limited edition of 600 pieces.