Jääportit interview in some magazine, March 2000 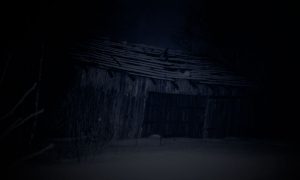 Interview with Jääportit (FIN)
Answers by Tuomas in March 2000

1 – “Kauan koskematon” is your first demo-release or better I would say, your first cass.LP. The work, published by Noitavasara Prod./distr., has quickly became a cult-tape in the underground substrates, bewitching also the ears of many “metal-heads”, strangers to the musical proposal of Jääportit. How was born the idea of releasing your work through Noitavasara Distr.? How many copies of “Kauan Koskematon” have been sold until now?

– Halo. It’s quite amusing to hear word cult when speaking of my music release but it must one way to say how things are then. Nothing against it at all. Idea to release my music though Noitavasara borned somewhere in the autumn of 1998, if I remember correctly. I had been trading some stuff with Normendahl, the main-devil behind Noitavasara, and after sending my first Jääportit release “Halki lumisen metsän” (CD-R) to him, he came with idea of releasing “Kauan koskematon” as CD but money-problems ruined that plan and they ended up releasing it as cassette. And I’m satisfied that everything went this way. Cassette have sold almost 500 copies, which means all of them, in a bit over half year. First release is also sold out.

2 – Your music is bewitching ambient with a majestic dark touch. How a Jääportit’s song borns? What are your greatest influences and fonts of inspiration?

– Jääportit song borns in my mind and becomes out as music with the help of a synthesizer and a computer. I use them both but computer is my main instrument, the way how everything is much easier to create. I get inspiration from the life that surrounds me, mostly the emotional side of it, and nature. Nature is something man can’t control and in winter it’s very fascinating, beautiful, cold and cruel – at least here in Finland.

3 – Well, I’ve never known any great ambient or dark acts coming from Finland, if not in a very restricted underground part of your scene. What I want to say it’s that there are very few ambient-realities in your country.. Do you have any interesting names of electronic/darkbands to propose use?

– I don’t follow underground or any special scene so it’s hard to say anything but I can advertise my other project called Funeral Entertainment, even it is something quite different than the music of Jääportit. First release should be out during the summer 2000 if everything goes well.

4 – Your music is son of a very tortured subconscious. In what way you try to transform your feelings in music? Are there any physical influences able to evoke particular emotions in you (I want to say, for ex. walking in a forest, being in a dark room, between your cold landscapes, etc..)?

– Most of my music is something what I feel or have felt. My room is blue, always dark and hidden from the sun all day long, except few minutes in the morning and evening but it doesn’t mean that much to me. When I do music with feeling, I can’t see myself in that room because I’m so concentrated to the music.

5 – Music influences the people in many strange ways; how do you think to influence the listeners with your sound?

– I think my music could make the listener enjoy it and find something special from it, to listen to it again. It might make listener sad or sad listener happy. What matters is that music works.

6 – On your debut-MC there aren’t the lyrics but I’ve noticed some words asked is songs like “Askeleet valottomuuteen”, for example. Can you share with us about the mean of those words and so, the content of your brief lyrical parts?

– Yes, there is some words in the first song and it is the begin of a story. Story tells about a lonely man who hears whispers in the forest, near the place he lives. He starts to follow those sounds and suddenly finds himself at the opening of the icegates. He can’t find any other way to enter the gates than by commiting suicide and so he cuts his wrists. Gates are open and man touches first time something what have been untouched for a long time. Rest of the story can be heard only from the music. It’s not written but is about the other side of the gates, something beyond the consciousness of man.

7 – Do you see yourself as a sad person? If yes, do this sadness help you in the composition of your tracks or perhaps do you try to bring out from your body that feeling composing music?

– There’s moments when everyone is sad and maybe I have got that kind of moments slightly more than someone else but those moments goes by, like the rest of the life. Sure those feelings comes out from me via the music I do. Creating music is like therapy for me and keeps me going on. I can’t imagine my life without creating music but breaks are always positive. Jääportit is music I compose only during the winter, starting at the end of autumn and ending at the spring.

8 – What do you think about the omnipotent Finnish nature? Are you proud to be a Finnish man?

– Finnish nature is beautiful and all the changes of seasons are quite special, except somehow spring makes me quite depressed. It would be hard to leave this land forever without a yearning for coming back.

9 – Love and hate… What are the means of these two words for Jääportit?

– From hate to love, love to hate and something between. They are the edges of basic emotions, both very powerful. I find love much more important to me, even it turns into hate sometimes. I can hate anyone but love just few of them.

10 – The tracks published on “Kauan koskematon” are sons of the winter ’98-’99, so these are old enough. Do you still feel satisfied with yourself when you listen to your old music? What we should expect from your next release?

– I’m very satisfied with most of the songs but there’s a couple of tracks I don’t like. I rarely listen to the album because I find music made by others more interesting. Maybe it starts sound better after few years. Next release is something different than anything I’ve ever done. I find it more experimental and music with more ambient touches. It still contains a lot of melodies, some vocals and real sounds from Finnish forest. The story behind it deals with my life and how I experience four basic elements: fire, ice (not water because water freeze to ice at the winter), earth and wind.

11 – Usually every underground musical expressions are connected with precise and strong particular inner beliefs. I would want to know what are your inner beliefs, ideologies, creeds, etc..

– I believe in myself and everything what I do. I believe also in the old might and spirit of nature. There’s something so extensive what man can’t see with his eyes only and Jääportit is something what with I try evoke it. Last summer I read books of Robert Holdstock and his stories about the nature are very interesting. Story tolds about a forest that never ends. Man can only access deeper inside of it, if finds a way to do it, and travels through the time. Words of truth? Maybe, maybe not.

12 – What is your MC’s covers concept? What is the subject of that paint?

– Cover is painted by Finnish artist and friend of mine, Aslak Tolonen. He calls it as “Tyhjä portti” which means empty gate. I think it’s just perfect cover for my album with colors and everything. Dark blue, cold forest, a gate and a man alone. He really have read some thoughts of my mind, I guess.

13 – What do you think about the following Finnish dark/ambient acts: Weltraum, Arthame, Tenhi, Wind and other medieval/folk acts such Druadan Forest & co.? Do you listen to extreme metal music?

– Tenhi is absolutely fantastic music, something special and Finnish. I have heard some of those other artists you mentioned too but I couldn’t find anything that special from them. I have been listening to metal music almost all my life and still is but nothing that extreme anymore. I used to listen to lot of black metal few years but todays I find whole thing too narrow-minded and boring with repeating same old story. There’s still some releases I use to listen to every now and then. Most of the time I listen to all kind of music, not just some certain style.

14 – For my point of view every kind of musical expression is able to transform feelings in sounds. For what concerns the darkest feelings and emotions, the best way to escape these sensations in surely performing dark-keyboard music or black/doom metal. Do you succeed to feel the same obscure pathos listening to a dark-keyboard work or a black metal one?

15 – What are your greatest dreams and what are the nightmares

– The dream where I died is the best one. I haven’t seen nightmares since I was ten years old, or maybe I have but they haven’t been scary enough to call as nightmare. Or should nightmares be scary? I can’t remember any of great dreams but I can feel them in some moments. For sure my music contains something what I have dreamed of.

– I think that I am the creator of myself and everything. Words you say contains the seed of the truth, there is no god but yourself. There’s me and my world with things that goes right and things that goes wrong. Nothing cannot be changed afterwards. Everything happens with a meaning but mostly it takes time to understand it.

17 – Well, we have entered the new century, the new millenium, etc.. I really don’t know how old are but surely you’re a young man… What are your considerations about life, after all these years lived on this planet? What are the hopes and the future plans for you and Jääportit?

– Mille(fuckin)nium is total crap, except the fact that nowadays date in my old dear computer is 2094 (so it must be the year of something very special, unfortunately I won’t be alive anymore in those times). I believe in new year and the change of twelve months, change of the seasons. Time is not just seconds, minutes and hours. It is the past, the present, the future, the changes of life and something more.
At the beginning of this year my life changed in the way I have never seen before. It will be my 20th birthday this year but I don’t believe in age. Sometimes I am older than 20 and sometimes younger. It’s just about the moment. All kind of artistic expression what is recorded somehow, especially music, captures some moments of life forever. Future of Jääportit is unknown and can lead to many ways. I’m trying to make things better and wider all the time. I have my hopes of record deal like any other artist, but I don’t compose music to get money from it. I do it for myself. On and on, for no one, towards the silence.

18 – Do you have any final words or comments to add for us…?

– Nothing less, nothing more. Those who are connected, check out Jääportit homepage in http://jaaportit.net